Launching its pilot project of christening regions with its original name, Department of Karmik and Adhyatmik Affairs (DoKAA) today put up hoardings at the entrance of Tawang Deputy Commissioner’s office and renamed the area from Air colony and DC Office with its original name ‘Zhitrotse’. 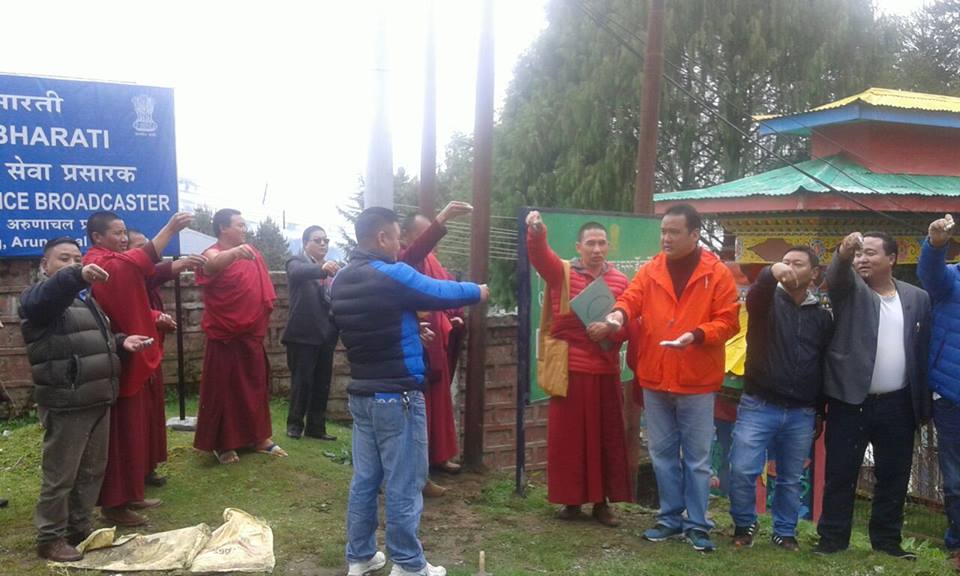 “Restoration of original names has been the prime and numero uno agenda of DoKAA since its inception in 2009 by former CM Dorjee Khandu with a vision to preserve and promote the rich cultural heritage of the twin districts, Tawang and West Kameng”, DoKAA chairman Jambey Wangdi stated.
“My predecessor late TG Rinpoche had toiled restlessly for it and I am immensely pleased to be a part in materializing the project with vigirous assistance from the state Government”, he added, while extending his gratitude to the monks, nuns, panchayati institutions, GBs and like minded groups of the twin districts for contributing vital and precise informations related to historical and heritage principles of the area.

Wangdi informed that the pending works for West Kameng is in the pipeline and would be undertaken soon at appropriate period and expressed optimism that the denizen would both morally and ethically contribute with inputs, which inturn will prove to be a milestone for the entire Mon Region .