A large number of devotees who had come from far-flung areas to catch a glimpse of their beloved leader whom they consider as their “living God” queued up on both the sides of the road crossing through Tawang old market and leading to country’s biggest Buddhist monastery – Tawang monastery. Dalai Lama shall remain in Tawang till April 10.

“We have contributed money and spent arou d rs. 3 lakh on decorating the place to welcome our beloved His Holiness the Dalai Lama.. it’s a dream come true for us”, said Tsering Tsewang, one of the organisers. 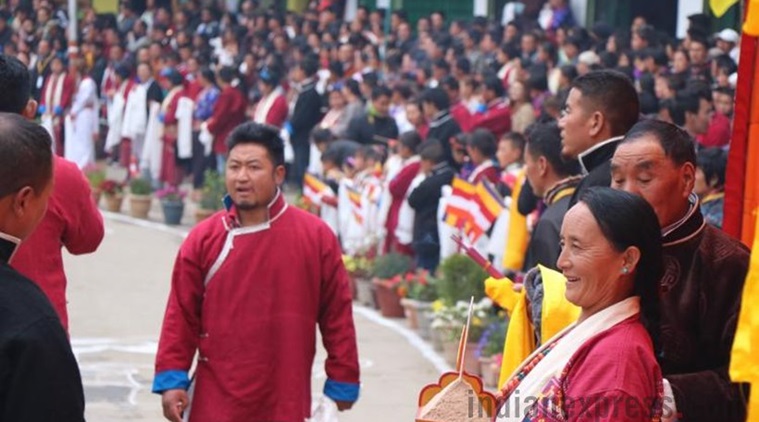 People gather to welcome his holiness the dali lama

Tawang residents while waiting for Dalai Lama said that come what may they shall never go with China. “Even though we don’t get much facilities here, but we shall never desert Indian government. We are born Indians and shall die as Indians”, said Tamding.

He was supposed to reach Tawang on April 4. But because of the bad weather, his helicopter could not take off and he had to reschedule his visit schedule and reached Tawang today by road.

On his way, Dalai Lama attended his pre-decided functions in Bomdila and Dirang monasteries. 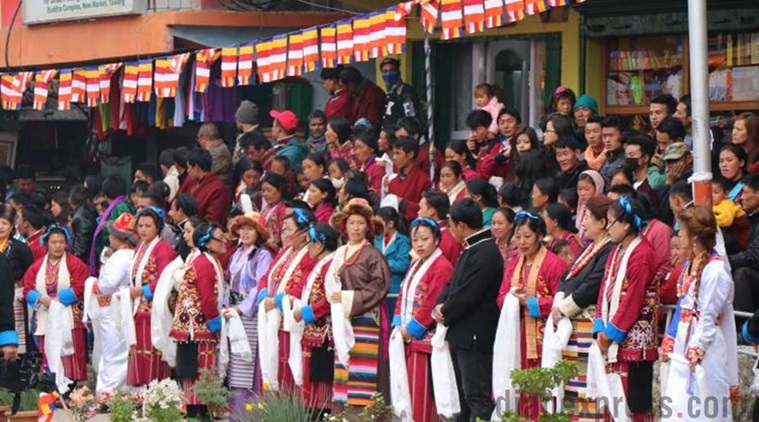 People gathered in large number to welcome his holiness

Since morning, the residents of Tawang had again started washing and cleaning the roads in order to welcome Dalai Lama, the same manner in which they prepared for his arrival on April 4.

A large number of followers of Dalai Lama, including devotees from neighboring Bhutan, monks and nuns, members of Tibetan community from Dirang and Itanagar had been camping in Tawang since April 3 to see and hear Dalai Lama.

After reaching Tawang, Dalai Lama went to Tawang monastery where he was given a grand traditional welcome by the monks.

He shall be giving religious teachings in Tawang’s high school ground tomorrow and day after.

China had yesterday summoned the Indian ambassador in Beijing and lodged a strong protest. Warning New Delhi that Beijing will take “necessary measures” to preserve its territorial sovereignty and legal interests, the Chinese Ministry of Foreign Affairs said the visit by the Tibetan spiritual leader could “severely damage peace and stability in the region” and “hurt ties” between the two countries.